However, if we focus on the second graph we see that the growth of GDP per capita (annual %) isn’t uniformal/exponential in those years. Being a developing country, the GDP has a tendency to increase unless a strong crash occurs, like, for example, the coup that occurred in Mali in 2012. 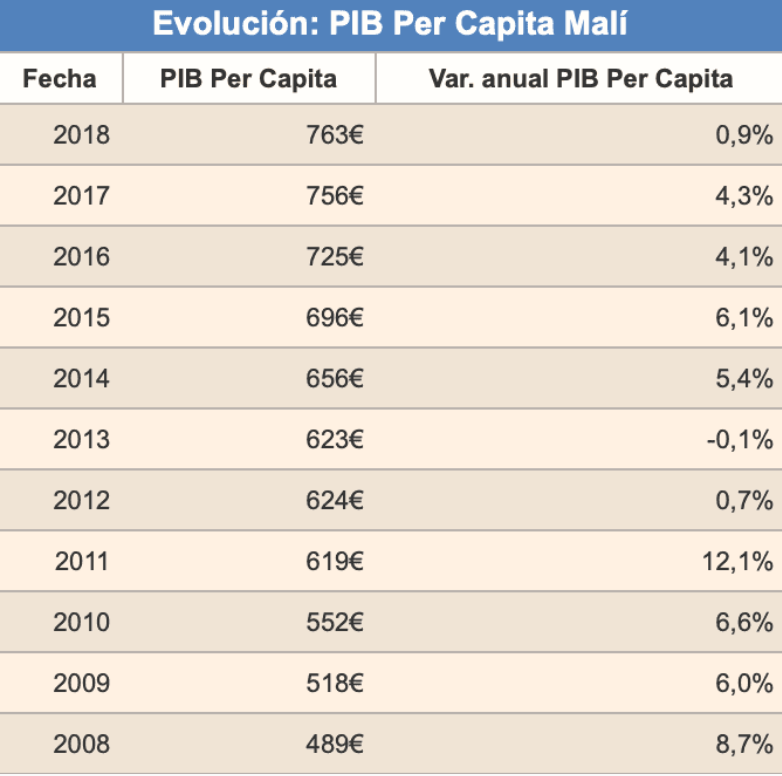 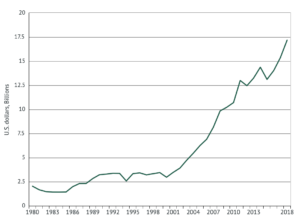 The Malian economy is based on the agricultural sector, which generates 41% of the GDP. The service sector contributes 40% and the industrial sector contributes 18%. Mali depends on the production of gold and agricultural products, like cotton. Along with products of human origin represent almost 80% of the benefits of exportations. However, export sales represent only 20% of their GDP, a low percentage compared to other countries. South Africa, Switzerland and India are final destinations of those exports.

In 2017, Mali was one of the countries with the most imports in the world (in 126 place), spending a total of $4.568. In the last 5 years, the country has increased their annual spendings by 4.6%. The countries of origin of these products are: Senegal, France and China.

As GDP has had a stable growth of 5.3%, agricultural productivity has increased and inflation levels have remained below the average in the region, the IMF and the World Bank have continued their financing in the country. According to an IMF publication, it highlights Mali’s economic revival since 2017 despite persistent security attacks.