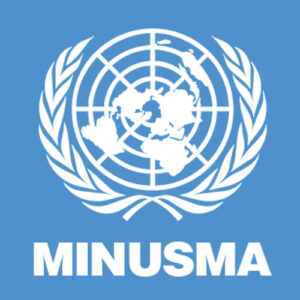 The Integrated Multidimensional Mission of Stabilization of the United Nations in Mali (MINUSMA) was established by the Council of Security in the resolution of April 25, 2013 as a result of the Tuareg Rebellion of 2012.

The Tuareg movement, known as the National Movement for Liberation of l’Azawad (MNLA), along with armed islamic groups, such as Al-Qaeda in the Magreb (AQIM), the Movement for Uniqueness and Jihad in Occidental Africa (MUJAO) and deserters of the armed forces of Mali, initiated a series of attacks against the government in the northern part of the country. The Tuareg rebellion included the presence of well armed combatants who were returning from Libia from the fall of the Gaddafi regime.

In January 2012, the extremist groups had already taken control of Konna, located 680km from Bamako and were headed south. At that moment, the Malian authorities lost assistance from France to defend their country’s sovereignty and restore their territory. In response, France sent their military and conducted “Operation Serval” to support the security forces in Mali. At the same time the “International African Mission of Mali Support” (MIASM), led by the Economic Community of the Occidental African States, also intervened.

In July 2013, MINUSMA entered Mali to take over the situation and relieve MIASM. MINUSMA is made up of: 11.200 military individuals and 1.440 police. 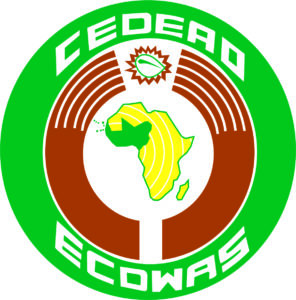 The Economic Community of West African African States (ECOWAS) organized the International African Support Mission in Mali to provide assistance after the outbreak of conflict in the north of the country, driven by the Tuareg rebels from Azawad with Islamic fundamentalists. This mission was authorized by  2085th Resolution of the United Nations Security Council, dated December 20, 2012, which “authorizes the African leadership to deploy an international support mission in Mali for an initial period of one year”.

During the separate sessions between the Government of Ibrahim Boubacar Keïta, and the opposition, the mission mediators were unable to bring together the views of the two parties, mainly due to the demands of the opponents regarding the resignation of the President of Mali. Unfortunately, the ECOWAS mediation mission left Bamako on July 18 without any improvement in the political situation. The current president of ECOWAS, the President of Niger, faced with the situation, said that the organization would take strong measures to help resolve the crisis.

Mali is currently in an almost unsustainable social and political situation. The wave of protests ignited in April, when the opposition to Keïta denounced corruption in the legislative elections, where the government responded with strong repression. The protesters, grouped in the heterogeneous platform of June 5, cry out for the resignation of the president who they hold responsible for the serious economic situation, and for the attacks by jihadist groups in the north and center of the country.

The Carter Center is a non-governmental, non-profit organization, founded in 1982 by the former president of the United States, Jimmy Carter and his wife Rosalynn Carter. The organization works to promote human rights and reduce human suffering, so it focuses on conflict prevention, promoting freedom and democracy, and improving health in different areas.

The Carter Center’s work has been used and cited in United Nations Security Council resolutions. At the beginning of 2012, northern Mali was the scene of the Tuareg rebellion. A coup d’état took place in Bamako that ended up ousting the country’s president, Amadou Toumani Touré, giving way to violent extremist groups. Faced with this hostile situation, the following year, France and the African Union sent troops to help the government of Mali and defeat the armed groups.

In 2015, the government of Mali, the Coordination of Movements of Azawad and the Platform of the Movement of June 14, 2014 signed the Mali Peace and Reconciliation Pact. The terms of the pact were: the decentralization of state institutions, better government representation in peripheral areas, the integration of combatants into the army, and the creation of the Northern Region Development Zone to promote economic growth.

The April 2020 report highlights that there are three issues that create disagreement between the different parties in Mali, thus slowing down the implementation of the Peace Pact:

For the Carter Center, administrative and electoral redistribution is a key element for political-institutional reforms, and very important for creating an environment of trust between all parties. It also highlights the gap between “political solutions” and security problems, the lack of mediation and commitment on the part of the parties. 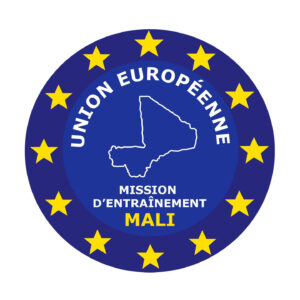 EUTM Mali is part of the EU’s integrated approach to security and development in the Sahel. The mission was created in 2013, at the request of the Government of Mali, to help strengthen the capacities of the Malian armed forces, in order to allow, under a legitimate civil authority, the restoration of the territorial integrity of the country.

To this end, EUTM Mali contributes to enhancing the operational capabilities of the Malian armed forces by providing advice, training, education and mentoring on military matters, and also supports the launch of the G5 Sahel Joint Force. With the new fifth term, this support will also be extended to some specific needs of the armies of the countries of the Group of Five of the Sahel. The tasks of the mission have been agreed with the legitimate Malian authorities and do not include combat operations.

The European Union has approved the fifth mandate of EUTM Mali, which will last until May 2024. Focusing on four pillars of activity: advice, training, military education and support for the G5S Joint Force.

EUTM Mali is mandated to assist the Malian Armed Forces (MAF) in restoring their military capabilities in order to enable them to carry out military operations aimed at restoring Mali’s territorial integrity and reducing the threat posed by terrorist groups, and provide military assistance to the G5 Sahel Joint Force, as well as the national armed forces in the G5 Sahel countries. EUTM Mali will not participate in combat operations.

Political control is exercised by the Council and carried out through the RA / VP of Foreign Affairs and Security Policy. Under the strategic direction of the Political and Security Committee, the Director of Planning Capacity and Military Conduct (MPCC) executes the functions of mission commander.

It is exercised by the Director of the MPCC, based in Brussels, who reports to the EUMC at regular intervals. At the operational level, Mission Force Commander (MFC dr) exercises command with the support of an MFQH located in Bamako (Mali).

Mali’s internal security capabilities support mission, abbreviated EUCAP Sahel Mali, is a civil mission of the European Union, within the framework of the common security and defense policy. Its mandate is to improve the infrastructure and living and working conditions of the national gendarmerie, the police and the national guard in Mali. Thus, in 2018, 4 million euros were invested to allow the financing of projects.

The EUCAP Sahel Mali Civil Mission assists and advises Mali’s internal security forces in the implementation of the security sector reform approved by the Government. It provides strategic training and advice to the Malian police, gendarmerie and national guard, as well as relevant ministries in the country. As part of the regionalization of the Common Security and Defense (CSDP) missions organized in the Sahel, the EUCAP Sahel Mali mission will now be able to provide specific activities and strategic advisory and training objectives in Mauritania, Niger, Burkina Faso and Chad, as displayed on the map. their updated work was anticipated (December 18, 2018). The EUCAP Sahel Mali mission began on April 15, 2014. Since October 1, 2017, the head of the delegation is Philippe Río, the top commander of the French gendarmerie.

The mission center is located in Bamako (Mali) and, as of March 1, 2019, it will have up to 144 international agents and 65 local agents. Two other CSDP missions are being deployed in the region: the EUTM Mali mission, which provides training and advice to assist in the reorganization and reorganization of the Malian armed forces, and the EUCAP Sahel Niger mission, which supports the fight against crime. organized and terror in Niger.

The EU is applying a comprehensive approach to the crisis in the Sahel region. In March 2011, the Council presented an EU strategy for security and development in the region. This document is based on 2 facts: development and security are closely linked (they must be mutually reinforcing) and solving the crisis in the Sahel requires a regional response.

The EU is determined to maintain its commitment to Mali, to help the Malian authorities to consolidate peace and security and generally to find durable solutions to the crisis in the Sahel region, in close coordination with other stakeholders and regional and international actors. Since then, it has activated other instruments in support of the Sahel countries, such as the Sahel Regional Action Plan, the EU Special Representative for the Sahel or various financial instruments.