The culture of the Malian people is reflected and maintained alive through different artistry trades, which is the principal source of income from which its people live off of.

Knowledge is transmitted from parents to children. The ethnic identity is reflected in a trade that defines their belonging and is a space that is occupied in social organizations. This ancestral knowledge which constitutes a vast richness and identity for individuals, has evolved with practice overtime combining the intuition that the noble materials used inspire them and the necessary updates from the forms as a result of the evolution of demand in the market.

Among the most popular trades we find misc with the fabrication of instruments, jewellery and imitation jewelry, leather goods, looms, different vegetable paintings and instruments used for everyday life. The materials utilized are always natural and treated in original form.

In Mali, all the products are fabricated through traditional forms, with rudimentary utensils, which require a vast amount of ancestral technical knowledge. The materials utilized are essentially natural, in harmony with the rhythms and demands of the environment in which they live in.

“Politics is not what advances Mali, nor XXI century Africa, but rather its music and art, and also sports” – Toumani Diabaté, Bamako Acoustik Festival.

Very different ethnicities convene in Mali, but the common factors among all of them is art, specifically dance and music. The country is a meeting point among various cultures, Eastern Africa, the Berbers and the sounds of blues from the Bambara region, among others.

Throughout history, the Malians have developed a varied pallet of traditional music. Since the 60s, with the independence from France, many of these traditions converted to spectacular genres of popular music:

Traditional music from Mali collects inheritance from the Mande empire, founded 800 years ago. The jelis were formally the ones who taught traditional music and passed it on across generations. The Jelis maintained their profession and knowledge a secret. It wasn’t until very recently that a non-jeli could learn the music and have a profession in the trade. One of the most well known non-jeli is Salif Keïta, who is considered “The African voice of gold” and a direct descendent of the founder of the Mali empire.

Even though Malian musicians received Western instruments and influences, they never lost their personal character. Since the initiation of the Afropop Worldwide radio in 1988, there has been an immense interest in musical variety in Mali. The producers of Afropop continually traveled to the country to meet local artists, not only in cities, but also in rural zones. In fact, many Malian artists are recognized internationally. Mali is the African country with the most artists working for American record labels. Some of the most well known artists are Oumou Sanfaré, Amadou et Marian and Rokia Traoré.

Karité (paradoxical vitellaria) is a really tall tree that grows in the western savannahs of Africa, especially in Mali, Burkina Faso, Coast of Marfil and Sudan. The name Karité means butter tree. The properties with Karité are very sought out in the cosmetic world for its ability to repair and hydrate.

In Mali, women harvest the Karité and form small cooperatives to sell their product. This activity provides them with economic independence. Through the cooperatives market research is carried out and they partake in commercial fairs. This allows them to find new business opportunities, improve the income for the cooperative and the women.

In Siby the Coopérative des productrices du beurre de karité de la commune rurale: Maison du Karité exists. This organization has collected a total of 1200 women who produce Karité butter and is organized in associations of 21 villages in the rural zones of Siby. The cooperative has a democratic structure, when the administrative council is directed by women previously elected by the general assembly.

Their main two objectives are: 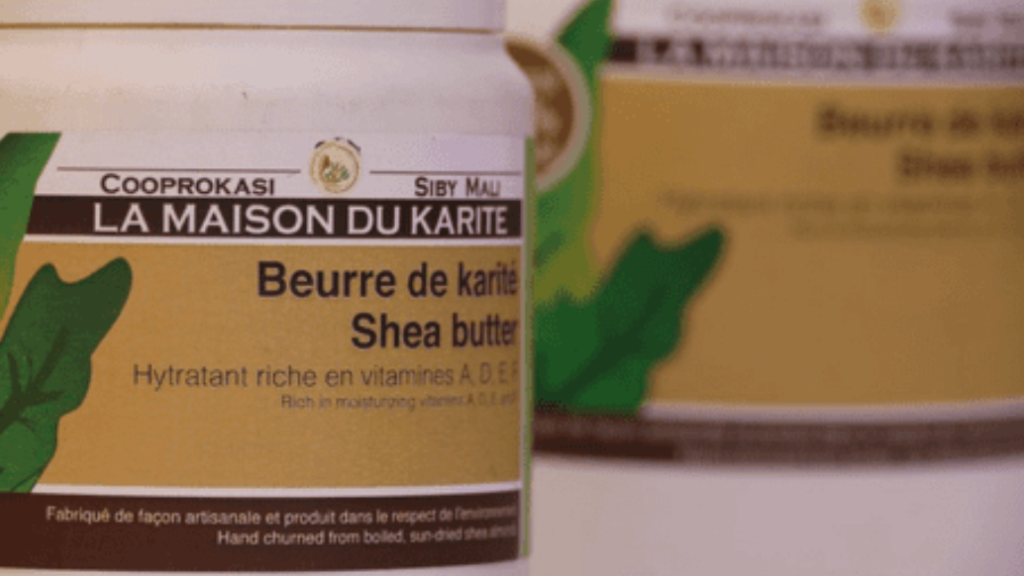 One of Mali’s most precious resource is gold. The country has an average production of 70 tons a year. Its abundance drove Malian blacksmiths to create pretty objects to sell in the markets. Malian imitation jewelry reflects the nation’s culture and is inspired in the mythological stories and in the forms of animals and planets. Gold is a metal that is easy to mold and work with, which requires modern equipment and electricity.

Unfortunately there exists corruption and unequal exploitation in the country, which as a result the Malians don’t receive their desired income for the work they do.

Leather and skins have been utilized since remote times and continue the knowledge of their ancestors to fabricate chairs and boots for horseback riding and camels, leather belts, hunter’s bags and saber cases. Through these steps towards modern times, the new generations of leather good makers have modernized themselves to the point of using western designs while conserving traditional African originality.

Nowadays, 20% of Malian artists make a living from leather and skin goods. The exportation of these products allows them to make a living for their families and parents.

Natural dyes are the colors obtained from vegetables and other natural pigments extracted from plants which obtain pugnet color ranges, and when clay is applied over womens the color black is obtained. This technique has been utilized since ancestral times and continues in force today. The types of fabrics, from which the Malians make their clothing, are baila, bogolanfini and gala. The drawings on them reflect symbols with significant means that are utilized like messages.

Articles like covers for pillows, curtains, bags, scarfs, etc., are embroidered with 100% organic African cotton. In Bamako a Femenin Cooperative is constituted and specializes in all types of crochet works.